Beginning of March the Austrian Golf Pro Markus Brier was hold a training week at the Algarve. Markus Brier and his Golf friends stayed at the Hotel Villa Esmeralda from 05. - 11. of March to train their skills on the surrounding golf courses. 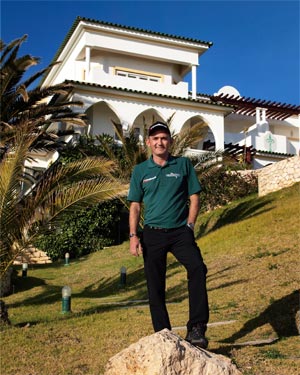 There were also other guests at the Hotel Villa Esmeralda who where representative’s sponsors of the Markus Brier Foundation.

Thanks to the hospitality of the Hotel Villa Esmeralda, and its fantastic location right on the sea an exciting stay in the Algarve was ensured.

The Markus Brier Foundation's goal is to support talented junior golfers set in both the professional as well as in the amateur sport.

Back to Top
Cookies make it easier for us to provide you with our services. With the usage of our services you permit us to use cookies.
More information Ok